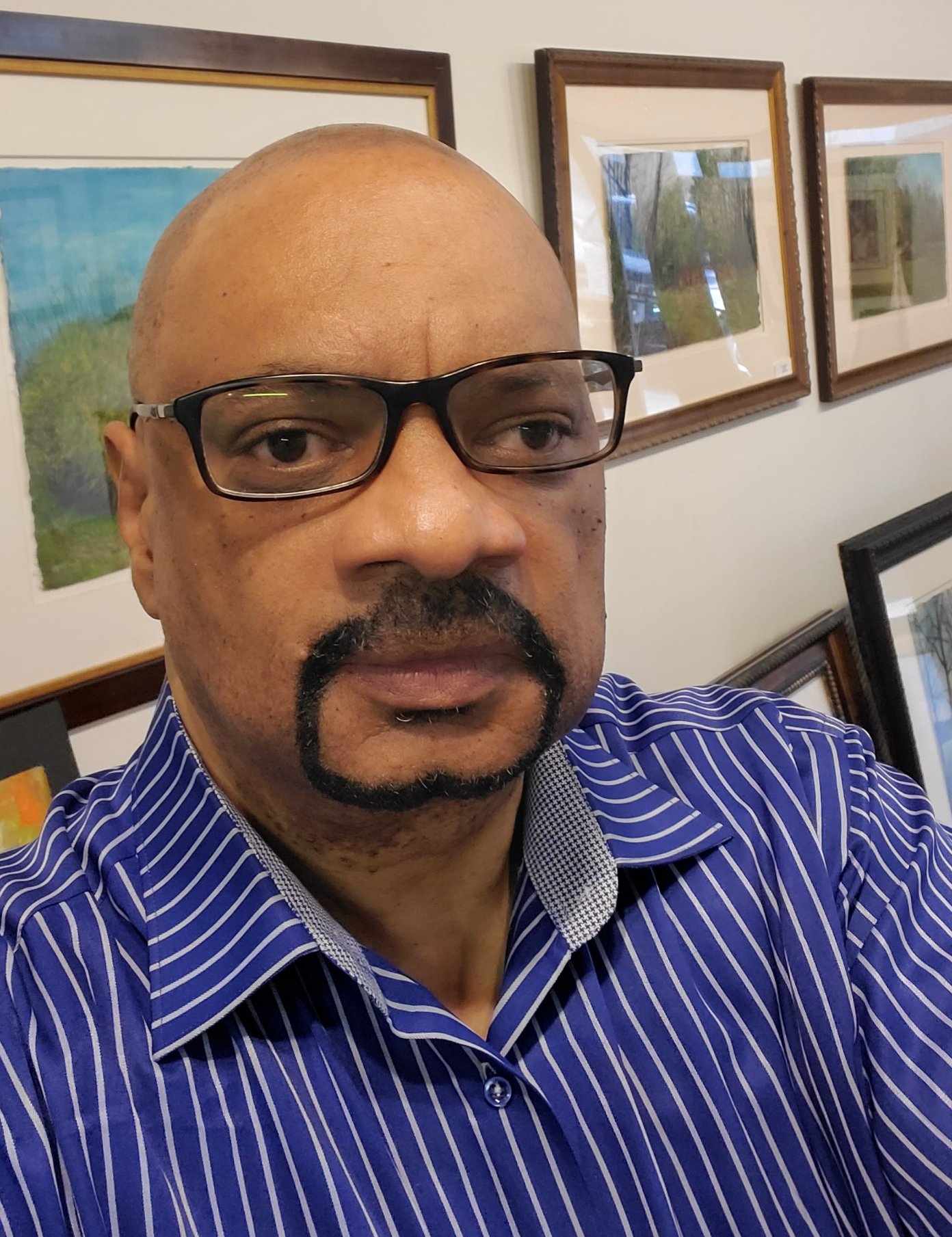 My paintings of rural, celebrated jazz, and life experiences are reflected through my work. My paintings are viewed through the eyes of a storyteller and for others who have or feel a need to express themselves in the form of visualization. I paint old and new, today and yesterday, sorrow and happiness, struggle, hope, and togetherness and love. I have been painting for several years and traveling around the globe.

One reason I love art is because it identifies part of who we are. My style is contemporary filled with creative imagination. A song, a vision, elderly man or woman, a trip, or even a historic landmark depicts some of my creative styles. Art gives me a sense of escape, but also a belonging. I paint only what I can feel and imagine. My favorite medium is acrylic on paper or canvas. I paint several consecutive pieces at one time. In completing this kind of array, it's like being in the zone or vein. To understand this concept, you would have to be an artist. This is truly a gift from God.

"I thank him everyday for my life."

Vibrant colors weave their way across trademark rag paper as the master storyteller creates a world in which the observer becomes a participant. The viewer transfixes himself in the story, closely relating to elements both obvious and subtle in each painting. Frank Kelley, Jr's., paintings interpret real stories motivated by true-life situations. He draws upon his deep rooted morals, spirituality, love for art and zest for life to express himself in a variety of creative, artistic styles. Born and raised in North Central Louisiana, Frank is the son of well educated, loving parents who offered him exposure to many of life's opportunities. A wholesome, pure, secure, and lively feeling is related through the use of white paint as a dominant factor and consistent theme in each Frank Kelley, Jr., painting; another Frank Kelley, Jr., trademark.

Frank Kelley, Jr. produces 20 to 25 pieces each year, and his work has been exhibited across the nation, including New York, Pennsylvania, Texas, California, Louisiana, Mississippi, Florida and Tennessee.